Healing water resorts were all the rage in the late 1800’s and early 1900’s.  Doctors would prescribe water from from springs to cure many ailments and diseases. Hotels started opening in areas with natural springs that offered mineral baths to improve one’s health. It was at this time that New York businessman James F. O. Shaughnessy purchased the Red Boiling Springs tract and began development of the area as a resort. 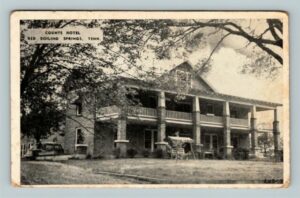 Of the five types of mineral water available at the resort, three types were available on the Counts Hotel property: “white,” “red” and “black.” One of the two doctors in the town would prescribe the appropriate water and dosage to each guest. The “white” water was recommended to aid digestion. The sulfurous “red” water was said to be helpful for the bladder and for Bright’s disease. The sulfur and magnesium “black” water was claimed to treat the stomach and liver.

One of the original “Healing Water” resorts of  Red Boiling Springs, TN., is now for sale. Originally built in 1924 and known as Smith’s Brick Hotel, as it was the first brick hotel in the area.  It was soon after purchased and named the Counts Hotel where it operated as such until it finally became the Armour’s hotel. You may change the name as you wish when you take ownership.

For more information on the listing please click HERE.

“The hotel is an example of colonial revival architecture, constructed of locally produced brick. Although at its peak there were additional buildings to boost occupancy, the original structure has only 24 guest rooms. The hotel was built in a T-shape, featuring a full-length two-story porch facing northeast along the 61-foot front of the building, with two-story columns of brick and wood. It has a metal gable roof, with wide eaves supported by vertical wood brackets, and wood shingles decorating the gable ends. Eleven guest rooms are on the first floor. There is a cherry wood stairway to the second floor, which includes 15 guest rooms. Access to the upstairs guest rooms is from an interior hallway, and only one downstairs guest room has an external door, which allows access to a southeast-facing sun porch. Each guest room has an individual bathroom. In addition, there is a bathhouse with twin claw-foot bath tubs for mineral water baths.”  –Wikipedia 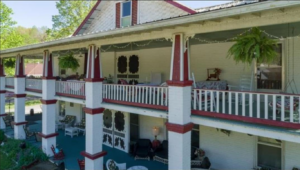 Own a unique and stunning piece of history with this BEAUTIFUL, FULLY furnished, turn-key Bed and Breakfast located in historic Red Boiling Springs, TN. It offers 15 guest rooms, 4 suites and owners quarters, all with private bathrooms. Guest common areas include a library and public restrooms throughout. HUGE dining room and commercial kitchen both are fully furnished. 2 large front porches. Featuring a One of a Kind, historic mineral bathhouse/spa. All on 2.7 level acres!! 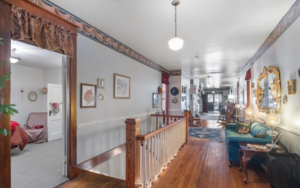 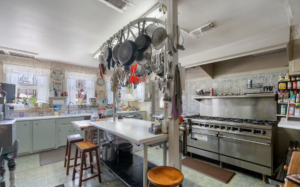 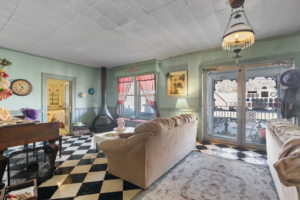 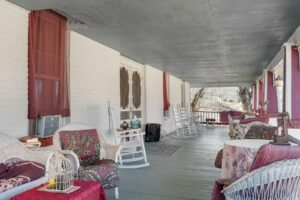 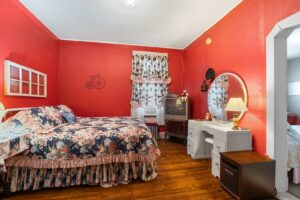 Whether you are buying or selling, your real estate needs are unique to you. As your local real estate expert we are here to be your guide. Contact us today - we're here to help.